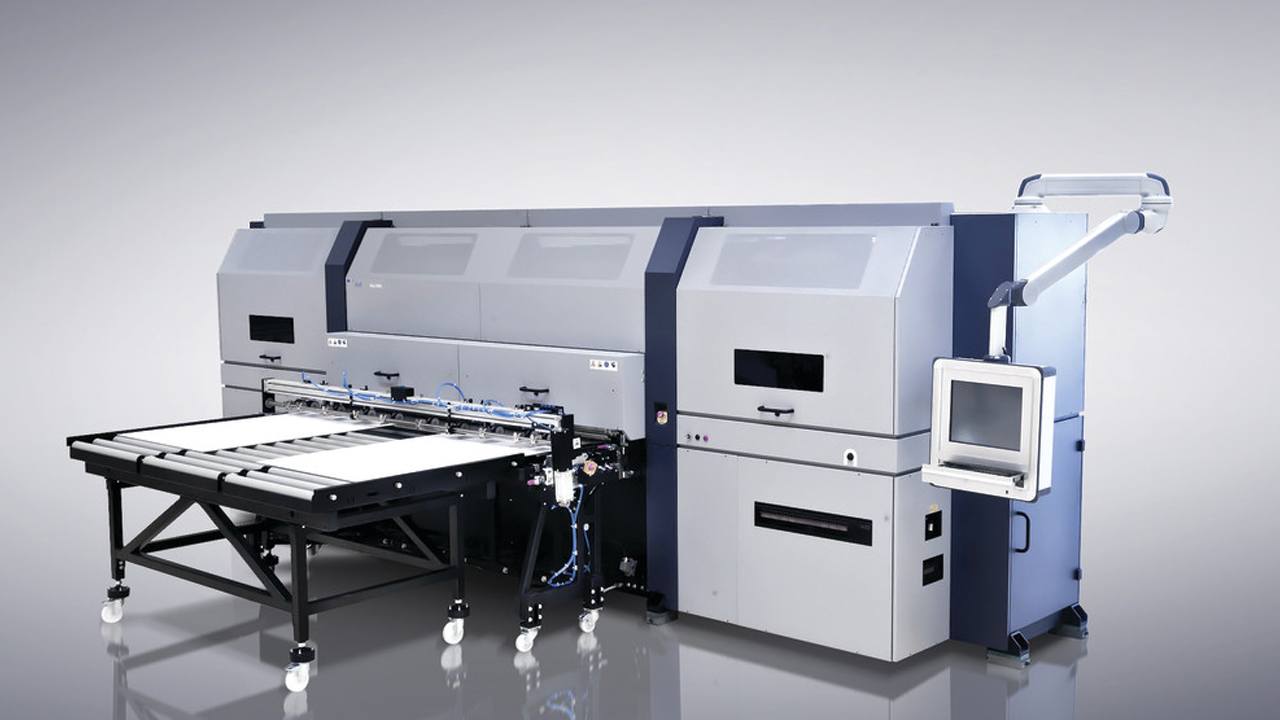 The Rho 1012 will be shown this week at the ISA Sign Expo in Las Vegas, alongside the 126- inch Rho P10 320R UV Inkjet Digital Roll-to-Roll Printer – in Booth 1515, where Durst will demonstrate its breakthrough VariodropTM printing technology, with very important implications for grayscale printing (see accompanying press release).

Also at ISA, April 4-6 at the Mandalay Bay Convention Center, Durst is teaming up with Zund America and Caldera to demonstrate a complete digital production workflow – from ripping to printing to cutting – in real time on the show floor. Durst’s and Zund’s booths are located next to each other, and attendees will be able to follow a job from creation to completion.

The Rho 1000 has proven itself as the most productive wide format UV inkjet-printer offered in the market, and the 1012 and 1030 further its productivity and application sets, said Dr. Richard Piock, CEO of Durst Phototechnik AG. The Rho 1000 platform has provided a high-productivity solution along with flexibility as it relates to the configuration options available to users – either run in a fully automated stack-to-stack board printing option, fully registered 3⁄4 automation, roll- to-cut sheet or roll-to-roll configuration. The 1012 and 1030 benefit from new advancements in print technology combined with these proven automation solutions, he said.

The Rho 1012 offers customers the highest print quality available in the segment, featuring the new 12-picoliter Durst Quadro® Array technology that can print at speeds up to 5,000 s.f./hr. The small drop technology implemented represents unrivalled quality at these print speeds, giving the user the ability to meet the quality and volume requirements normally reserved for high-end lithographic applications.

The Rho 1030 takes the production curve even further along the large-format digital print run spectrum, with production speeds up to 10,000 square feet per hour. This speed combined with the printer’s fully automated configurations gives customers a long-run volume, large-format UV inkjet printing capability that provides high quality for their requirements.

“The evolution of the Rho 1000 platform is built around innovation and response to the market demands that our customers face for growth of their businesses,” Dr. Piock said. “Our goal has been to present the market with solutions to these needs, and also offer our current customers opportunities to take their platforms forward.”

“The introduction of the 1012 and 1030 is a natural result of what we’ve been hearing from the production printing segment,” said Christopher Howard, Senior Vice President of Sales & Marketing for Durst U.S. “The Rho 1000 platform is a proven high-volume wide format digital printing press. By adding the capabilities of our two new printers, along with the automation solutions, we make this a very strong solution for many of our print partners.”

“We’re also very pleased to be able to demonstrate this achievement in a full workflow on the floor at ISA with our friends from Zund and Caldera,” Howard added. “Visitors to the show will see a total solution that has applications in the most demanding environments – whether it’s for industrial-grade production, ‘fine art’ image quality, project versatility or a combination of any of these.”

For a more in-depth explanation of its “path forward,” the capabilities of its industry-leading printers, and its new Variodrop technology, Durst is conducting a press conference at 2:00 p.m. (pdt) Thursday, April 4, in Room Coral C of the Mandalay Bay Convention Center. Howard and other Durst executives will be on hand to make the presentation and field questions from members of the press.

Productivity of up to 1,650 s.f./hr. is enhanced by the printer’s ability to print two 1.6m rolls of material side by side, with different images on each. With a single large roll, the Rho P10 320R can operate uninterrupted.

TLF Graphics Partners with Durst and the New RSC