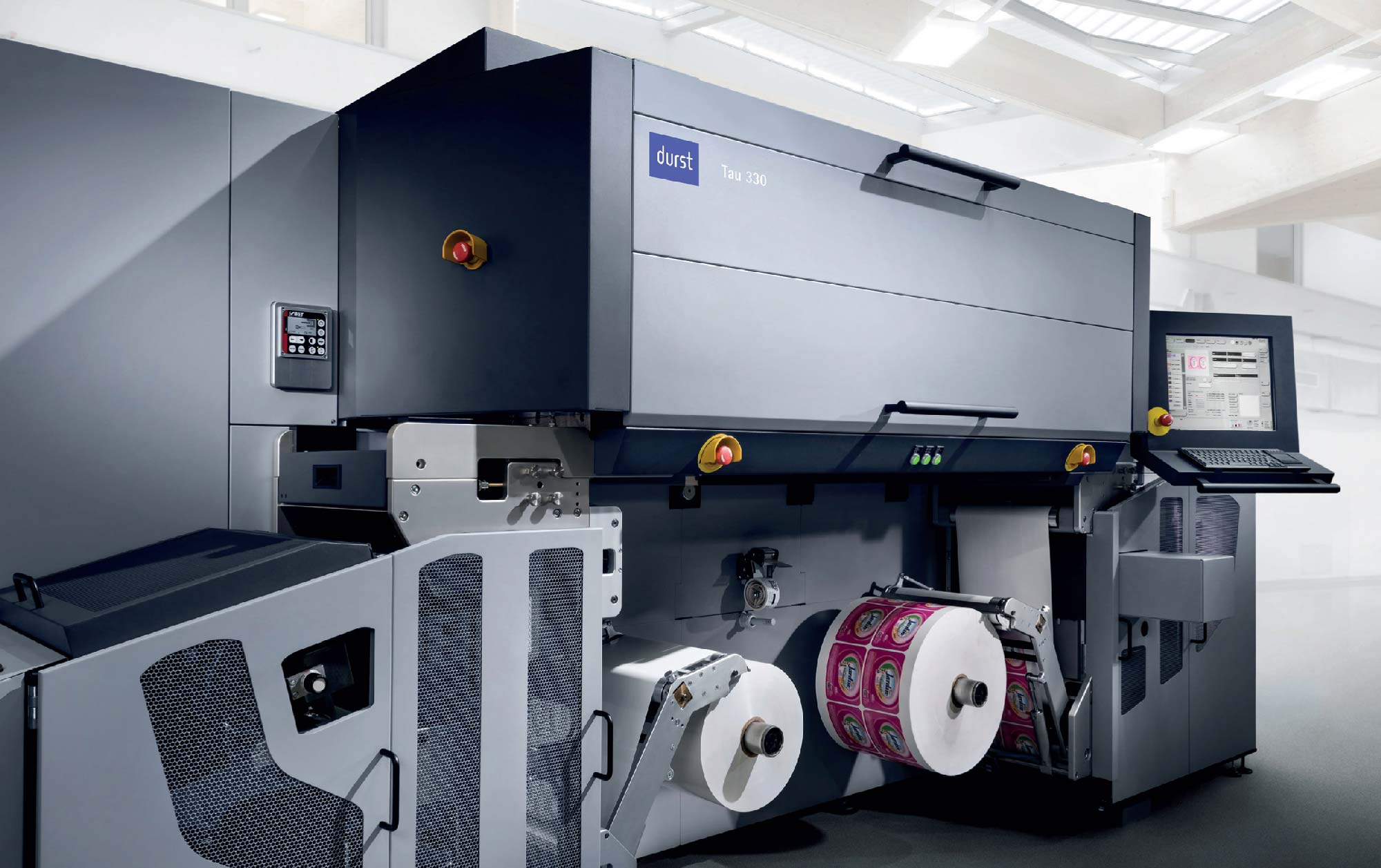 Established in 1970, Southern Coating & Nameplate (SCN) serves a very wide variety of clients in the automotive, medical, health & fitness, marine, and outdoor power equipment segments. Vice President Scott Adams said the company is uniquely able to deliver quality one-stop printing, and to engineer new ways to provide products to customers because of its work in a broad range of industries.

Adams said SCN, which has been involved in digital printing for the last 15 years, has had its eye on the Tau 330 since it was introduced. “Technology has advanced so much – with the roll-to-roll high-speed capability – that we felt now was a great time to jump in and invest in the Durst technology. With industries changing and purchasing habits evolving, we felt we needed a machine that would allow us to run both very high volumes at high speeds, and to accommodate customers who only need 5,000 or 10,000 pieces – all in a flexible digital format that keeps us fast and competitive.”

resolution of 720×1,260 dpi, which generates highly defined texts and intricate details in all graphics and images.

Adams described SCN’s Tau 330 as a technology that will complement every aspect of the company’s production operations – replacing some screen and digital jobs, and a full 98 percent of its flexographic jobs. The in-line laser finishing capability was a key factor in the company’s decision to purchase the Tau 330, he said. This capability reduces the need to order dies, which eliminates a main consumer cost, allows faster job change-overs, decreases lead times by up to 50 percent, and increases flexibility. SCN plans to use the Tau 330 to expand in its current markets, as well as move into new areas such as food packaging and POP, Adams said.

“Durst is a privately held company, like we are, that delivers outstanding customer service throughout the process,” Adams said. “Durst people know how to take care of their clients. It’s a great company and they make fantastic machines.”

About SCN
Southern Coating & Nameplate, established in 1970 and incorporated in 1972, was among the first high- quality printing companies in the southern portion of the country. From its beginnings in a 5,000-square- foot warehouse in Jacksonville, Ark., providing lithography printing, SCN has expanded to more than 50,000 square feet in North Little Rock housing multiple operations that provide the latest printing techniques and labeling choices. SCN currently employs more than 50 employees who serve clients all over the United States and in six foreign countries.

For more information about Southern Coating & Nameplate, call 1-800-430-4554, or visit the company’s website at www.scninc.com.