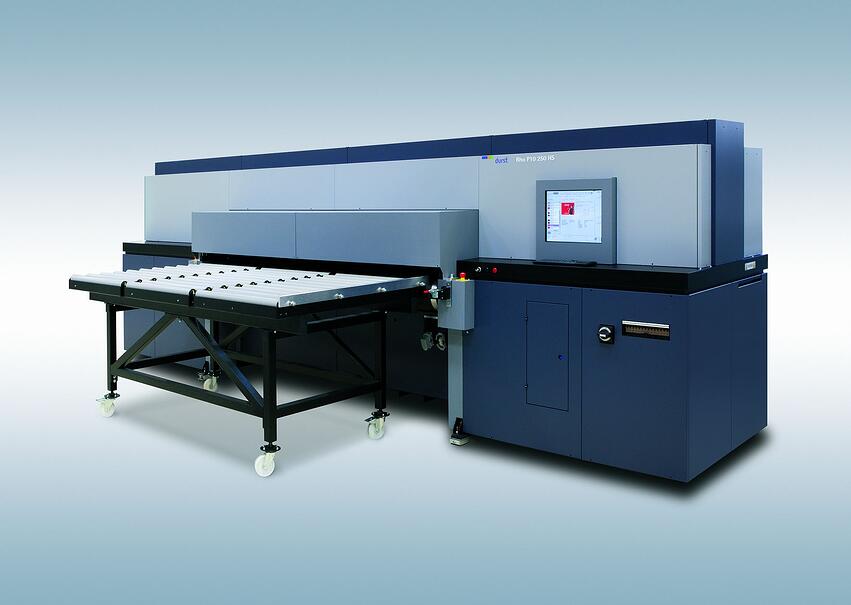 FESPA is the largest international, wide format printing event with more than 700 exhibitors in Hamburg, Germany. The 2017 event took place in early May, and showcased digital, textile and screen printing expertise from around the world. The Durst team exhibited in a major way, as we have historically done at FESPA.

We spoke with North American Director of Sales, Larry D’Amico, about his experience at FESPA, highlights from Durst, and the pulse on industry trends.

Durst showcased four printers with all new features and expanded capabilities, highlighted below:

Event-wide, equipment can generally output at faster speeds and with a higher quality. It is clear that for printers, these improvements are imperative to them remaining competitive in their industries and are areas of focus for all printer manufacturers to continue to develop a high-quality machine.

In addition to speed and quality, D’Amico commented that the breakthrough in ink technologies introduced by Durst was a popular topic at the show. “Durst Water Technology and our introduction of aqueous ink was a discussion point with many customers due to its sustainable construct and effectiveness across applications,” said D’Amico.

Single-pass technology for corrugated package printing is a hot topic, and although Durst did not showcase the SPC-130 at FESPA, the concept was showcased at Drupa in 2016. Earlier this quarter, Durst secured a beta site, Schumacher Packaging, who was eager to field test the flagship single-pass system, the Delta SPC 130.

At FESPA, and other exhibits around the world, it’s clear that the industrial print market has enjoyed a resurgence in recent years with new developments, applications and technologies. The growth of digital printing technology, increased speed, efficiency, cost-savings and the endless application possibilities are evidence that the relevance of print in our current world is no longer up for debate.

For more information on the Durst products and technologies showcased at FESPA, click below:

SGIA 2018 in review: Next Generation in Technology